The Orderly Mind of Deke Slayton: Why Delta 7?

Donald "Deke" Slayton seems to have possessed an orderly mind, because he opted for straightforward, simple, even unimaginative approaches to his tasks.  In future blogs, I hope to give examples, but for now, let's look at the first one Slayton provided in his spaceflight career.
Before he became the legendary first Director of Flight Crew Operations at the new Manned Spacecraft Center near Houston, Slayton was one of the original Mercury astronauts. In late 1961, Slayton was assigned to pilot the fourth manned Mercury mission in spacecraft number 18, which (as he revealed years later) he planned to name "Delta 7."  He would explain that it was inspired by the engineering term “delta” (written as the Greek letter D or d) representing a change in a number, such as a change in velocity, or Dv (pronounced “delta-vee”) (1).  In any attempt to reach orbit, especially so early in the space race, delta vee was a very important parameter: insufficient velocity means mission failure. So Slayton's explanation has the sound of a deliberate decision. 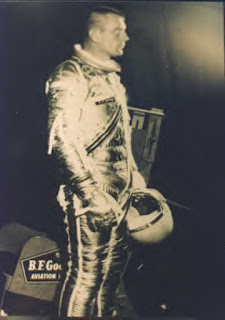 Slayton would have kept the pattern established by Virgil "Gus" Grissom, the pilot of Liberty Bell 7, the second Mercury flight, who appended "7" to his spacecraft’s name to honor the whole astronaut team (7).  Alan Shepard, the pilot of Freedom 7, the first Mercury capsule to carry a pilot, had simply incorporated the serial number of his spacecraft, #7 (8) and his booster rocket, also #7--an omen apparently too powerful to ignore; Grissom’s capsule was #11, but he opted for the poetic symbolism of Shepard’s “7” in his call-sign.  Slayton’s spacecraft was to be the unpoetic #18.
But that explanation of the designation is based on a specific interpretation of “delta” and sounds too simple, even for a no-nonsense man like Slayton.  In general, a delta represents any appreciable increment in a variable (2), no matter how small (just as a "quantum" step is the smallest possible change in electron orbital energy, not the largest step possible, as popular culture would have it). Slayton's intended mission was a three-orbit flight very similar to John Glenn's planned first orbital flight aboard Friendship 7, so the “delta” would have been very small indeed (3). In this sense, to designate one's spacecraft “Delta” is to invite an unflattering comparison.
It may be that Slayton had something else in mind when he chose the designation.  He was not given to philosophy (4), even compared to some of his colleagues. His immediate predecessors had named their spacecraft after the lofty concepts of Freedom, and Friendship, particularly relevant in the Cold War between the forces of freedom, liberty and friendship on the side of America, and dictatorship of the Soviet Union.
Delta is not only the fourth letter in the Greek alphabet but was also the fourth letter in the military phonetic alphabet of Slayton's experience (5). As a military man, Slayton was entirely familiar with the practice of designating a series of sequential items as "alpha, bravo, charlie, delta," and so on.  At the time he was assigned to his Mercury mission, the astronauts were thinking in terms of the first Mercury flight, the second flight, the third flight and so on; the distinction between suborbital and orbital was secondary to them (6). Slayton thus may have been more attuned to the fact that he had been assigned the fourth Mercury flight, rather than the second orbital attempt; thus, the “delta” mission.
Unfortunately, Slayton was grounded from spaceflight just four months after being designated the fourth Mercury pilot by his recurring atrial fibrillation, an irregular heart rhythm that was considered too potentially debilitating for space flight. Scott Carpenter was designated to fly the mission instead, and Delta 7 became Aurora 7. Walter Schirra, Slayton's backup pilot and close friend, flew the fifth manned Mercury capsule, which he named Sigma 7. Like delta, sigma is also a letter of the Greek alphabet which has acquired a mathematical and engineering meaning: a summation. Schirra explained that his 9-hour, 6-orbit flight was to build upon its predecessors and be a summation of their efforts. He might also have said  that his 6 orbits were the mathematical sum of Glenn's and Carpenter's 3 orbits--and if Slayton had flown instead of Carpenter, then Schirra's "sigma" would have represented more of a change from what went before than Slayton's "delta". (Okay, it's a bit of a stretch, but you see what I mean.)
How like Slayton simply to choose the name Delta for the fourth American manned space flight, as if to say that it wasn't the name that was important, it was the mission.  If he did a good job, then the history books would immortalize any name he chose.  Perhaps it was lucky he wasn't selected for the fifth flight: the next letter in the military alphabet was "echo." Communist propagandists might have appreciated the opportunity to deride to the Mercury flights, with their all-too apparent limitations, as faint echoes of the dramatic Vostok missions flown by the .